When I look back at organized sports I played as a child I specifically remember some baseball, track and field, and gymnastics. To this day I’ve kept some of the medals I won. I remember doing the parallel bars and horse for gymnastics and being part of a show. For track and field, I liked short distance running as well as the long jump.

While attending Ulysses S. Grant High School I didn’t participate in sports until my junior year when I played on the JV football team. It was fun but going into my senior year I remember considering not playing any more but remember being convinced to play because we had a lack of players on the Varsity team with a very talented team the previous year made up of mostly seniors that had left. So, I decided to play. 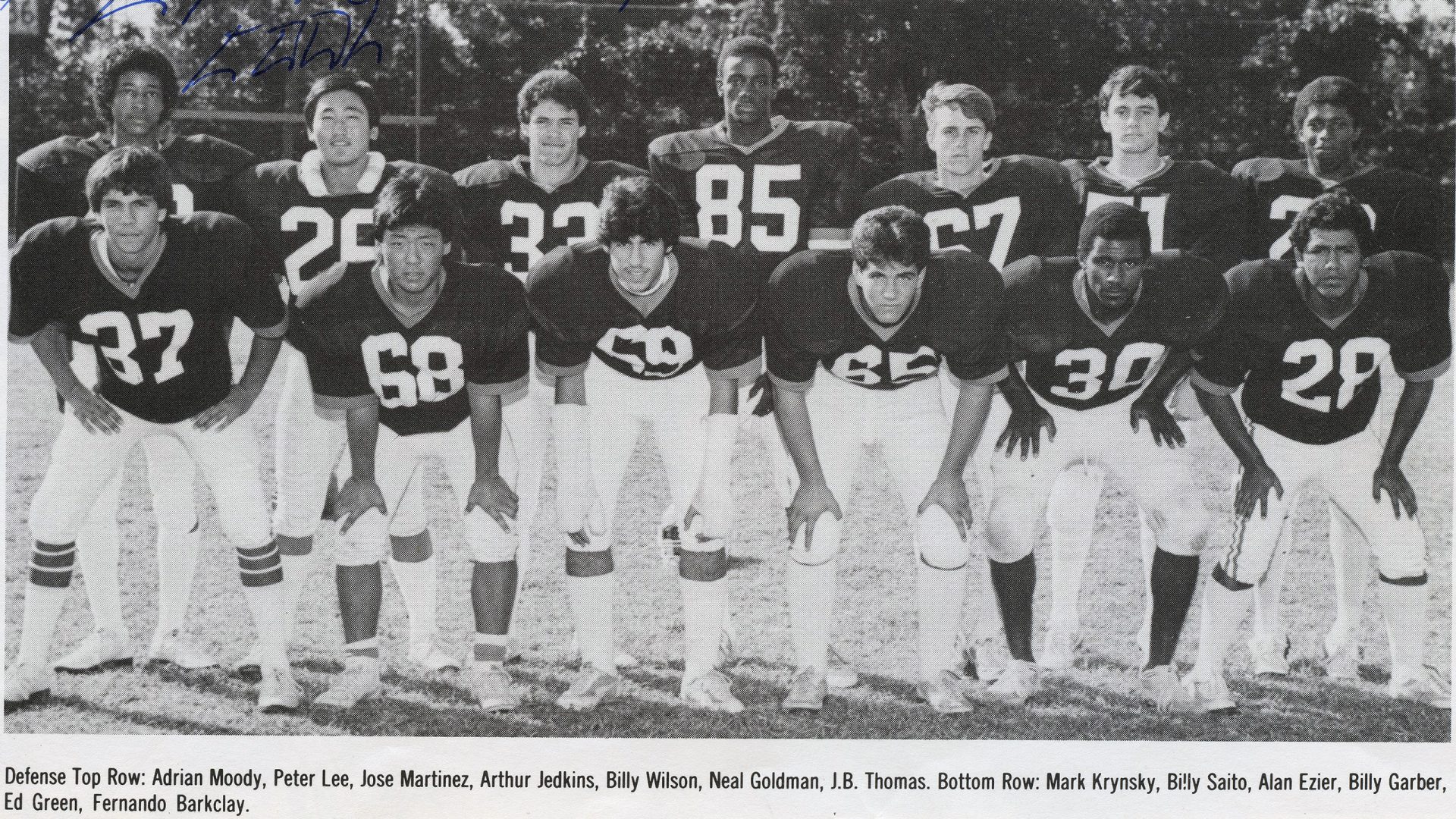 I began the season starting out as a running back and strong safety. I didn’t do so well at the running back position and eventually didn’t continue and just played as the strong safety on defense. Our team was pretty bad and our highlight was playing the other worst team in our league that year which was Hollywood High School. We deemed this game the Toilet Bowl and purchased a toilet cover that the whole team signed for the coaching staff. We ended up beating Hollywood High pretty good for what I believe was our only win that year.

After football season, I decided to join the track team. I ran the 100 and 200 meter. I long and triple jumped, and was also on the 4 x 100-meter relay team. I really enjoyed being on the track team. Since it was my first year I had lots of room for improvement. I remember running a 12+ second 100 meter at the start of the season and by the end ran a personal best of 11.7 which while not great it actually got me a 5th place finish in our league finals at the end of the season.

After graduating High School, I went to Los Angeles Valley College which is a community college in the San Fernando Valley. While I wasn’t a fast-enough sprinter, I was able to make the track team for long and triple jump. I did this and had a great team being part of one of the college’s best track teams ever which broke several school records. I ended up joining the school paper as part of my interest in journalism and wrote a year end sports roundup that was featured.

After one year of running track in college I realized I didn’t have enough skill and motivation to continue and decided not to try out for the team the following year. Shortly after that I ended up dropping out of school after taking a full-time job at a computer store.

I continued to really enjoy playing pickup basketball games around the city and also took up playing racquetball.

These would continue to be sports I enjoyed over the future. Eventually I joined a basketball league while in my 40’s and really enjoyed playing an officiated game where my stats were tracked. I was also fortunate enough to have my Son Alex watch me play a game where I made a game winning shot with just a few seconds on the clock.

Unfortunately, a second knee injury ended my basketball aspirations. I had a meniscus tear in my knee in my early 20’s and in my mid 40’s had a full ACL tear in the same knee. After the surgery and recovery, I decided it probably wasn’t a good idea to continue playing basketball and began playing racquetball again.